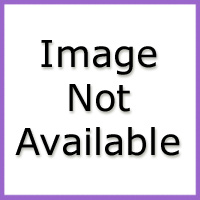 Description: Two utterly delightful, consciously and deliberately accessible yet fully "symphonic" symphonies by a naturally gifted musician with an encyclopædic view of music history and a sure sense of his place in it. Scott states his position with polemical assurance and eloquent erudition in his notes, and it is an unusual one that might be described as post-unfashionable; we are used to composers of the 20th century and beyond defending their unfashionability when they persist in writing large Romantic-philosophical symphonies "tormented by a nineteenth-century ideology of progress." Scott goes one step further, rejecting this portentous view of what a symphony "should be" and using his vast knowledge of music intended for pure entertainment - “light music" - and popular music, combined with his unassailable compositional technique, to evoke the time of his ideal, Haydn, when symphonies were modest in scale, unafraid of clear, unobscured thematic repetition as an aide-memoire for the audience, and concerned more with producing pleasurable responses in the listener than in imposing some (often tortured) world-view upon them. It helps that he is one of great tunesmiths of our time, his melodies as assimilable and memorable as any of the most enduring pop music, rendered with the orchestral sophistication of the finest classical composers. This, in a nutshell, is exactly what he achieves in these two most appealing works, both laid out in broadly traditional form, with a sonata-form opening movement, a thoughtful, pastoral slow movement, a sprightly scherzo, and a rhythmically decisive finale. His idiom is tonal, but not exclusively imitative of his classical models; the harmonies of popular music, "English light music" and jazz are frequently suggested, and the scherzo and finale of No.2 look further back, to the Renaissance. The Silver Sword is a tone poem after the eponymous novel by Ian Serraillier, which tells of the search of three Polish children for their mother and father after the Second World War. While not strictly programmatic, its varied and strongly characterized episodes vividly evoke the themes of struggle and hope in the novel. As in the symphonies, memorable melodies and rhythmic alacrity abound. Liepāja Symphony Orchestra; Paul Mann.