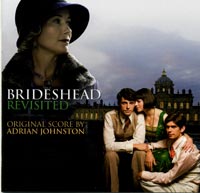 Description: No, not the 1981 TV series. This feature film is only being released, in limited markets in the U.S. on July 25 (presumably more screens and cities thereafter). The booklet is full-color, with notes by the screenwriter and the composer and would appear to be designed as a souvenir of the film itself. Chandos' first release in its "Movies" series of a contemporary film. BBC Philharmonic; Terry Davies.