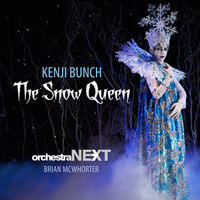 Description: This ballet is a detailed retelling of Hans Christian Andersen's wordy fairy tale in lush Romantic colors. Andersen's story contains enough picturesque diversions along the way of its straightforward theme of unquestioning love and loyalty and good versus evil to sustain nearly two hours of varied tableaux as vivid and effective in music as they presumably are on stage. Bunch's score is tonal and thoroughly appealing and accessible, with the story's episodes of tenderness, sorrow and hope portrayed in music of delicate loveliness, its darker aspects rendered with atmosphere and its action in scenes of determined momentum and humor. The composer acknowledges Prokofiev, Stravinsky, Ravel and Tchaikovsky as his models, to whom might be added Debussy, Borodin, a trace of minimalism and the stage and screen scoring of popular culture. An immensely attractive piece. 2 CDs for the price of 1. Orchestra NEXT; Brian McWhorter.